Great Gig in the Ska-ee

On a rainy day in Oklahoma, I drove across the state to Oklahoma City. with a little stop in Tulsa first. Rt. 66 goes pretty much straight through, so I checked out one of the old halls, Cain’s Ballroom. It looked like a castle on the outside, with one of those great neon signs from the 60’s. On the way to OKC, clouds took over the sky, and my car got a much needed washing.

There’s a website I’ve used a little bit in the past few years called couchsurfing.com that connects travelers like me with locals who have some couch space or a spare room and are adventurous people interested in meeting people from around the world. When I lived in LA, I hosted a few people and developed some wonderful friendships, especially with a Frenchmen named Timothe. As the best way to learn the local culture is through the local people, I thought this would be a great thing to do, as it was my first time in Oklahoma. Two separate people said they could host me, Devon and Eugene. I ended up staying with Devon and his girlfriend Barbara for three days, and they were so generous they even let the guys in the LA Duo stay as well. I unfortunately didn’t get to spend that much time with them because surprisingly, I had a lot to do in OKC. Eugene, the other couchsurfer host, happened to also be a pilot, and he offered to go flying while I was there. What an amazing offer. So, he picked me up and we took his 1966 Cessna for a flight around Oklahoma and OKC. Let me tell you, it’s just about as flat as Illinois… 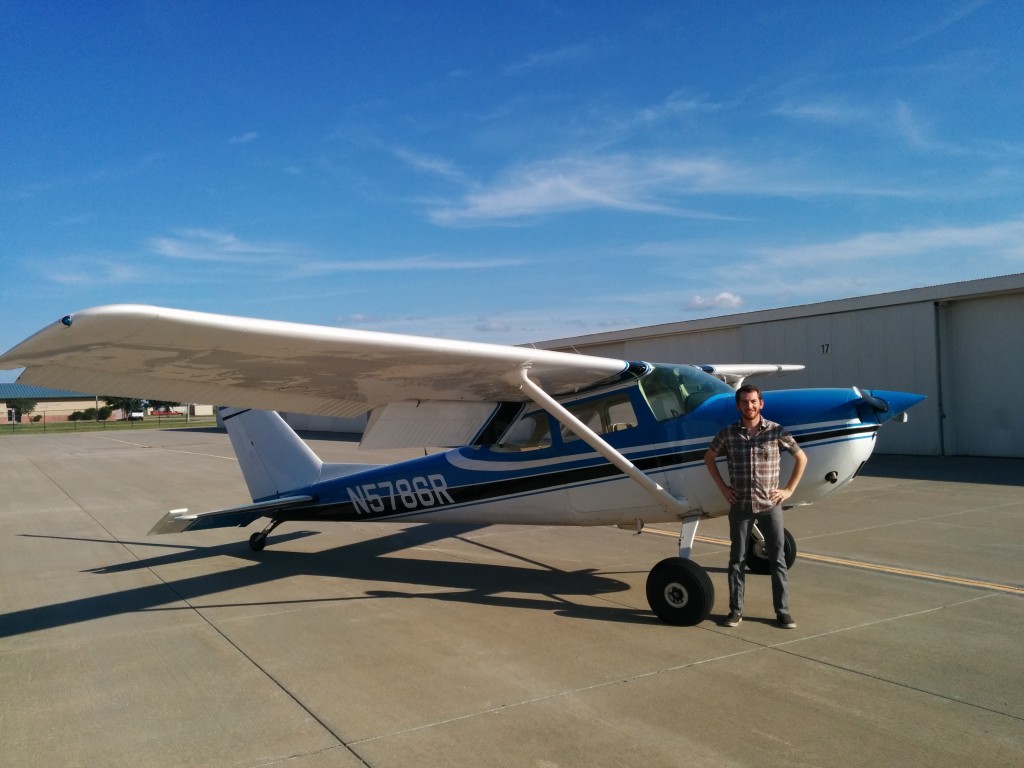 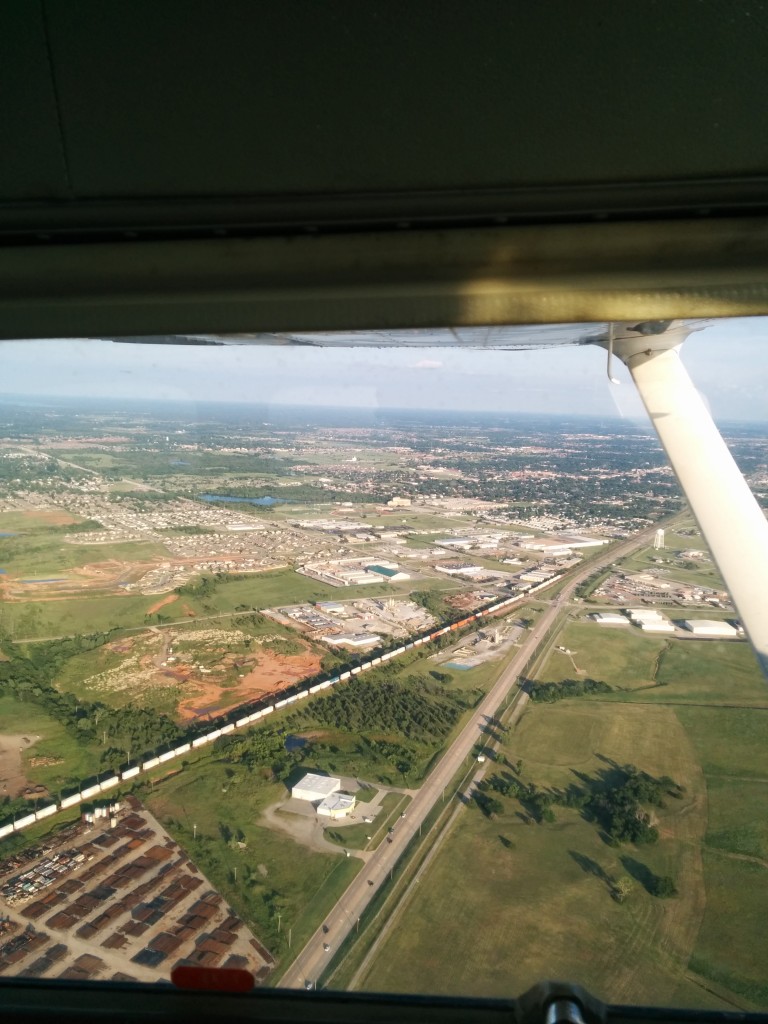 Eugene had an old friend who sometimes worked outside on planes at a very tiny grass runway airfield outside of town, so as we circled around he showed me some cool techniques to lose altitude quickly, as we needed to be close to the ground to do a low pass flyover. Basically like Maverick in Top Gun. At the end of the runway, he pulled up abruptly and pulled g’s, and the ground faded quickly with my stomach still down there. When we came back to the airport after a surprisingly relaxing adventure, Eugene of course had to practice a short landing, which meant the plane kind of plopped down and stopped within a couple hundred feet. The other mile of the runway was of course unnecessary. After flying, Eugene took me to the town of Norman, a quaint little place, where I did an impromptu concert outside for a German Brewhouse. I’ll have to come back for the Norman Music Fest. 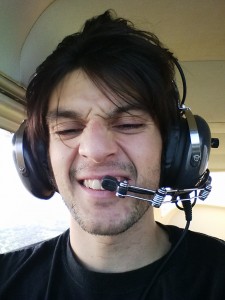 I don’t know what this expression is…

The next couple of days I got to play at the National Cowboy Museum and I serenaded the only two Italian restaurants in Oklahoma…Chris, the owner of The Vine, had a great operation. She was only open 6pm-8pm four days a week, and she made a little flyer that encouraged patrons to tip the musician or buy a CD. All restaurateurs should be like that! 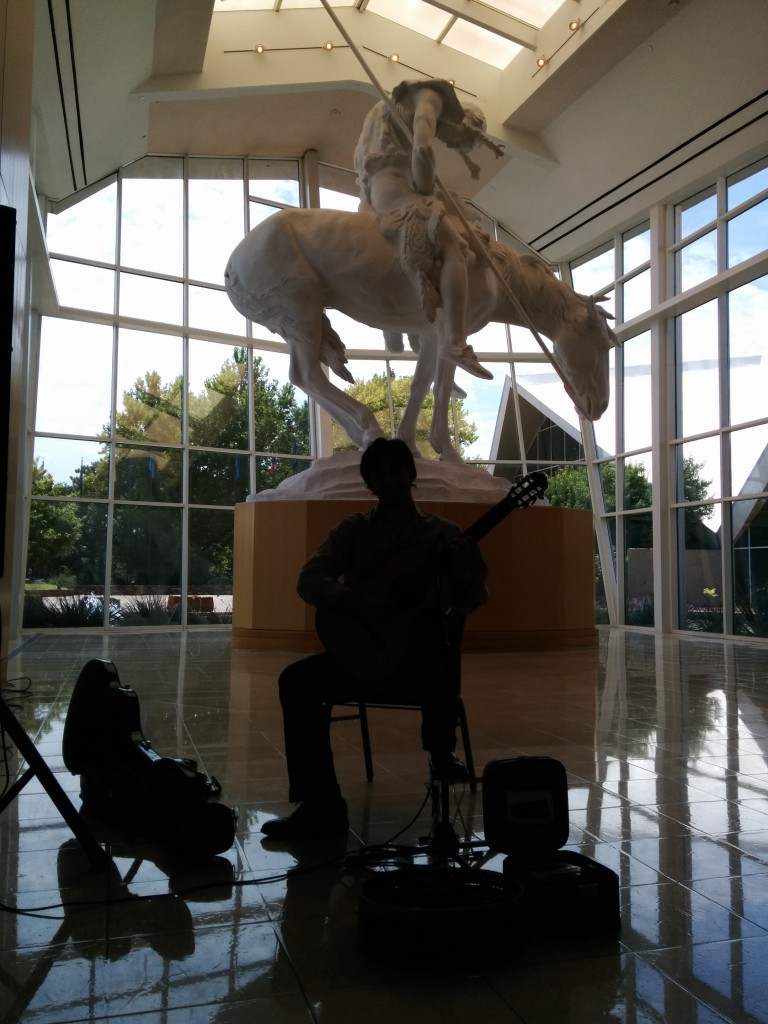 Serenading lovers of all things Cowboy at the National Cowboy Museum